On 21st March, BBC Two aired Then Barbara Met Alan. Based on the story of Barbara Lisicki, Alan Holdsworth and the Disabled People’s Direct Action Network (DAN), the show rewrites the rules of disability representation on television. With its release, we wanted to highlight the history of DAN, its legacy, and how we can continue to promote disability equality.

On 15th March, our CEO Beth-Kume Holland had the privilege of attending the BBC and Netflix premiere of Then Barbara Met Alan. It was a room filled with disabled, deaf and neuro-diverse cast and crew like there’s never been before, and the atmosphere was electric. Airing on BBC Two on 21st March, the docudrama is based on the history of Barbara Lisicki, Alan Holdsworth, and the Disabled People’s Direct Action Network (DAN).

This groundbreaking piece of television follows the untold story of two cabaret performers and disability rights activists who met at a gig. Falling in love, they became the driving force behind an unprecedented campaign of direct action which led to the Disability Discrimination Act (1995).

Thanks to the instrumental work of DAN, many young adults grew up in a society where finally the law protected the rights of disabled people. Highlighting the importance of this turning point, this film also rewrites the conventional representation of disability on mainstream television.

Why is the film so important to us?

With the extraordinary lack of people with disabilities represented on screen, something that’s shocking is how ‘radical’ it felt to just see disabled people living their lives in a way that reflects the reality for so many of us. If TV and film were more representative, this would (and should) not be a significant factor in the viewing experience.

However, according to GLAAD, just 3.5% of characters in broadcast scripted series had disabilities in the 2020-2021 season. Furthermore, actors without disabilities play the majority of all characters with disabilities on-screen.

This film arrives at a difficult time for disabled people in the UK. Our rights are being eroded, with benefits being cut at a time when a cost of living crisis sees disabled people disproportionately impacted, around three times more likely to struggle to afford food.

It is also somewhat ironic that many of the actions of the film may soon be restricted by the Police, Crime, Sentencing and Courts Bill, which is set to criminalise and curtail certain civil disobedience of the kind Barbara, Alan and DAN use in the film. This film shows us the power of such non-violent action and how it underpins progress.

In this context, the film is so timely and important. It is a watershed moment and with its release, we thought we’d share with you the history of DAN and some of the organisation's great achievements. 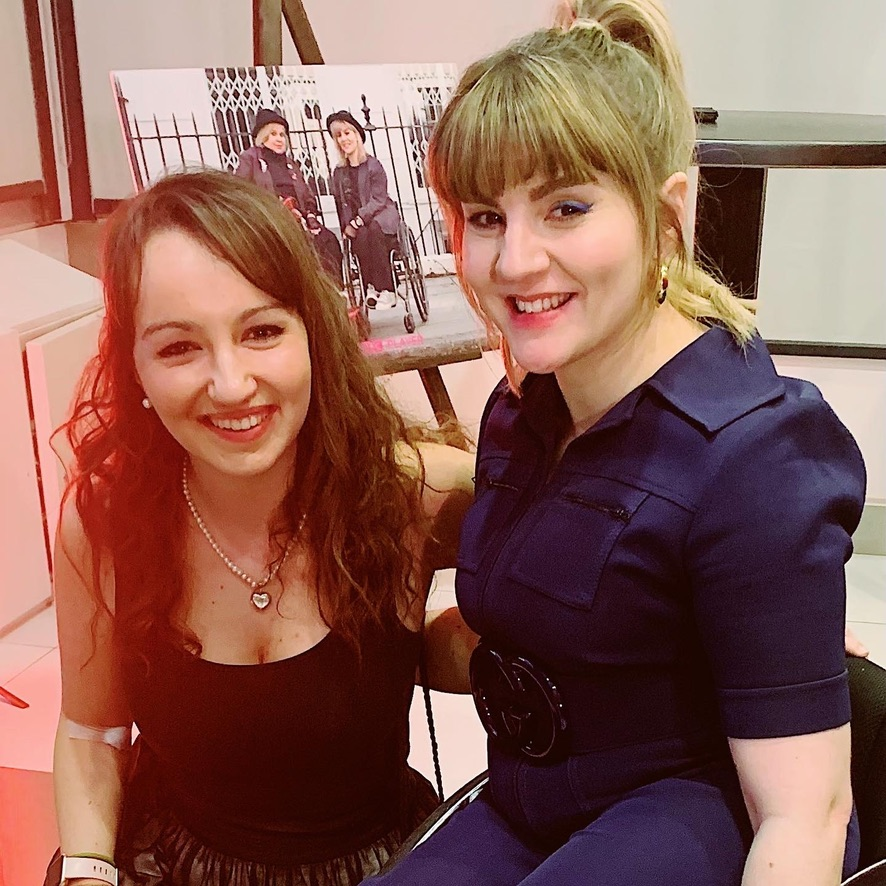 The History of DAN

DAN is a UK-wide network of disabled activists who use non-violent direct action to fight for equal treatment and full civil and human rights. They’re part of the disabled people's movement campaigning for equality.

Established in 1993, DAN have since organised around 56 actions, of which 17 were national events. While local actions typically last a single day, national actions developed into three-day long events. Creating public awareness, these events aimed to, and achieved real change.

The first national action by DAN. A demonstration in Christchurch against Bob Hayward MP, who had spoken out against a civil rights bill in the House of Commons.

Rally in Trafalgar Square, with the signing of a huge letter to Prime Minister, John Major.

Street protests in London and Westminster Central Hall. The Independent on Sunday reported 25 arrests on the second day.

Street protests in Birmingham. A demonstration outside a trade show of new buses for sale resulted in £130m for accessible buses.

Street protests in Nottingham. DAN stopped rush hour traffic across the city on the first day and were kettled in a surface car park by police on the second day. This resulted in the Robin Hood Line and Central Trains becoming more accessible.

Street protests in London including the government’s transport department (DETR).

Street protests in Hull - “Hell in Hull”. Protests at John Prescott’s office, the Secretary of State for transport.

Street protests in London (26th-28th September), followed by a “Future of DAN” meeting on 29th September.

If you’re interested in learning about all of DAN’s national and local actions, check out this detailed timeline of DAN’s Actions.

The Act made it unlawful to discriminate against disabled persons in connection with:

While by no means a perfect piece of legislation, this Act was the first time that it was recognised in law that disabled people were being discriminated against and provided a crucial platform to build on.

There was a further Disability Discrimination Act in 2005, before both were absorbed into the 2010 Equality Act. These Acts represent the legislative leaps forward that the disability rights movement has undergone in recent years.

The recent release of Then Barbara Met Alan tells the story of DAN and their quest for disability rights. Completely changing the traditional representation of disability on mainstream British television, this docudrama also highlights the ever-important need to continue the fight for equality.

This is particularly true considering the COVID-19 pandemic, which has eroded some of the vital work into accessibility and disability rights in recent years. As a study by Euan’s Guide concluded, 59% of disabled people believe that COVID has made disabled access worse. Now more than ever it’s important to invest in disabled people’s organisations like DAN, and continue fighting for what is right.

Here at Patchwork Hub, we’re committed to making the world of work a more accessible place. Since the pandemic, the world of work has changed. Our model of work has not, however. A recent Scope study found that as many as 1 million disabled people in the UK are able and willing to work, but are prevented from doing so. As an accessible employment platform, we connect employers with highly-skilled professionals looking for more accessible work opportunities. We’re determined to narrow the disability employment gap and ensure equality of employment.

However, this road to equality is long. We continue to fight for the rights and opportunities of people with disabilities, and are determined to make the working world a more accessible place. With this in mind, we hope that enlightening films such as Then Barbara Met Alan make the world a more accommodating and accessible place. Increasing awareness of disability history through mainstream platforms, we hope to see more like this in the future!

Did you watch Then Barbara met Alan? Let us know your thoughts about it in the comments below!

Carissa’s Story: Living with a Disability Before and During the Pandemic

The Social vs Medical Models of Disability: Why Are They Important?

"I found a job through Patchwork Hub – a senior level position with a leading financial services company. Throughout the process I felt supported by very dedicated people, both at Patchwork Hub and the company, and it was really refreshing to be able to openly talk about my health condition and not feel like I had to actively avoid the subject. Their support was simply invaluable."

I applied for a job through Patchwork Hub and secured employment at a FTSE 100 company. That is so fantastic, not just for my bank account and CV but also my confidence. Without Patchwork Hub – both its accessibility and the support and understanding they offer– this would not have happened for me. A platform taking a proactive approach to raising awareness amongst employers, and approaching disability inclusion in a way where we're not othered', is transformational.

Patchwork Hub are leading a critical culture change in work and health for employers as we move into our 'new normal'. Bringing together global businesses, charities and experts to create accessible work opportunities for those currently excluded by traditional work practises, and challenging assumptions around a hidden pool of talent.

Working with Patchwork Hub was an amazing insight into a startup leading the culture change in the world of work. Beth is extremely passionate and incredibly knowledgeable, and her start-up is providing critical information for companies looking to become more accessible and inclusive. The world of work has permanently changed in the past year, and Patchwork Hub provides a great insight into what the future of work should look like.

Patchwork Hub seems not only to have found a critical gap in the market for accessible work, but to have found a solution for it too. The team nurture the space for inclusive work opportunities in such a positive and influential way.