We spoke to Sekela Ngamilo, a 20-year old law student from London. Sekela tells us about acting, epilepsy and the potential positive effects of lockdown for those with chronic health conditions.

“There’s always the fear that people’s misconceptions mean I won’t get hired, but on the flip side I can’t not tell people, and I know that it shouldn’t be seen as a burden. Over time, it has become something I’ve grown comfortable with and am happy to do. Discrimination comes when people don’t understand, so the more we can increase awareness, the better.”

What is your story with chronic illness?

Around the time of my A-levels, I began having seizures but had no idea what they were. Doctor’s appointments seemed to lead to dead ends, so I continued with my exams until a severe seizure led to a trip to A&E and finally a diagnosis. In the middle of my exams, I found out I had temporal lobe epilepsy.

I was put on strong medication and realised my life was not going to be quite the same. Temporal lobe epilepsy causes me to have amnesia after my seizures meaning that I don’t remember that I have them or when I’m in a postictal state (how a person is after a seizure). At times I could have one or multiple and end up somewhere with no idea how I got there. Despite the amnesia, I knew I was having seizures mid-exam; I would look up at the clock, blackout and look up again and a whole twenty minutes would have passed. I could no longer commute alone, go on nights out, stay up late, or take part in certain activities. My life took on a new rigidity: I now had to keep track of where I was and what I was doing and stick to a routine to accommodate the heavy medication I was now taking.

My place at the University of Oxford was hinged upon these exams, but it was not until I was two-thirds of the way through that I was allocated extra time. Not only had I lost my independence, but I felt I had suddenly lost the intelligence and abilities by which my whole academic trajectory had been guided. 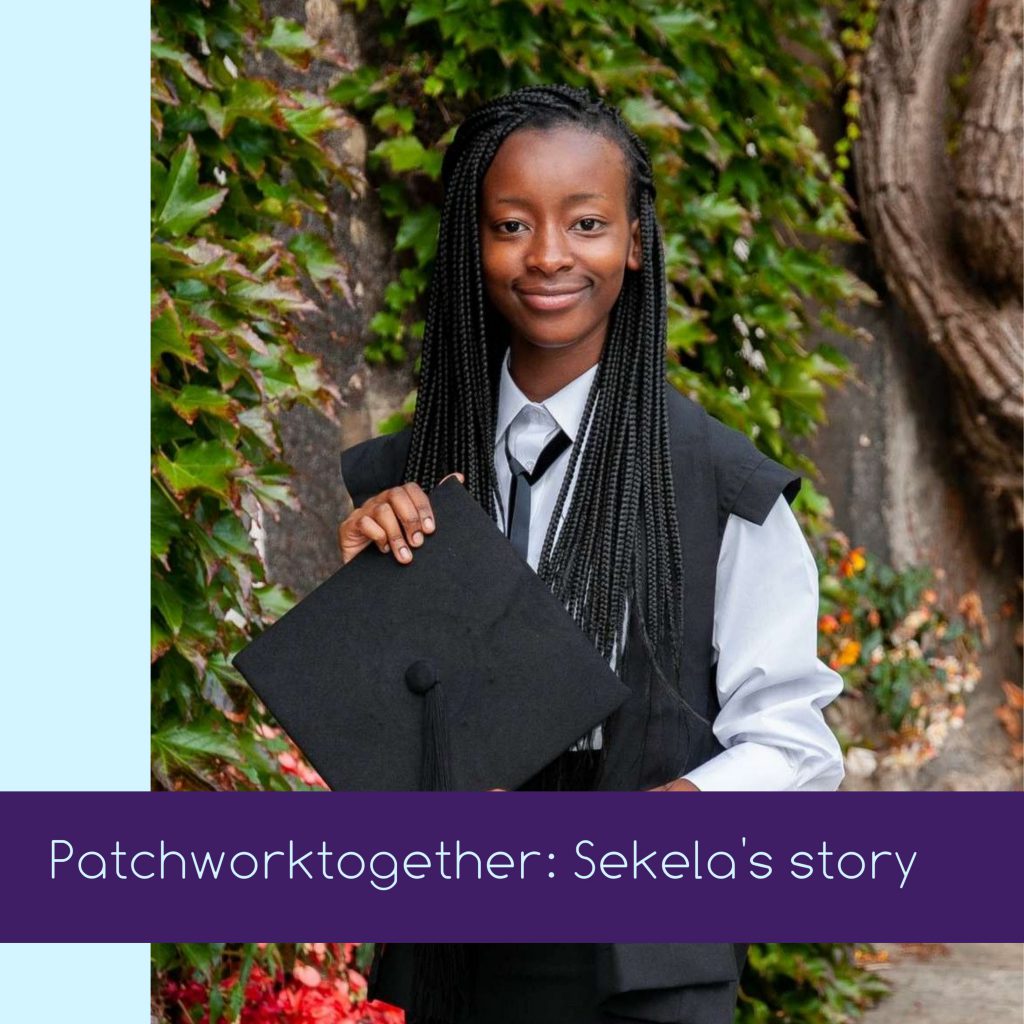 How did your condition affect your relationships?

My epilepsy added a whole other dimension to my relationships. I was having to try and understand my seizures through what other people were telling me, which in itself was scary because epilepsy is a hugely misunderstood condition: most people think epilepsy means suddenly dropping to the ground and having seizures. This just isn't true, so the people around me were attempting to understand it as much as I was.

Something which helped was making friends in similar situations, especially when I started university. I met people who also had epilepsy or other chronic illnesses, both through Epilepsy action (an organisation providing support) and my church. It helped me to feel human again.

You have experience in the acting industry- how did having epilepsy impact trying to secure work?

Before my diagnosis, I had a seizure on the set of a short film I was working on. We had just finished filming a scene in which I had been swimming, and remember sitting in the changing room with everyone crowded around me. What sticks out is the support I was surrounded by and the increased mindfulness that followed.

On a separate occasion, however, I was asked by a casting director “how did you relate to this character?” When I explained that I was able to understand the character through my experience of epilepsy, everyone in the room’s faces dropped. I knew at that moment that there was no chance of me landing the job.

Being in the later stage of the audition process brings conflicted feelings when it comes to being open about my epilepsy. There’s always the fear that people’s misconceptions mean I won’t get hired, but on the flip side I can’t not tell people, and I know that it shouldn’t be seen as a burden. Over time, it has become something I’ve grown comfortable with and am happy to do. Discrimination comes when people don’t understand, so the more we can increase awareness, the better.

When it comes to the world of work and chronic health issues, what needs to change?

Because of the misconception that epilepsy is just one type of seizure and the lack of recognition that epilepsy can be controlled once people have found the medication that works for them, there is a general idea held that people with epilepsy can’t work. In some cases this is true, but in many, it isn’t, and many people's seizures are not controlled because of the lack of research and funding when it comes to epilepsy. Although we are blessed with a vast amount of technology which can help (MRIs might not be fun, but they are useful) there seems to be a lack of government incentive for epilepsy research itself. In Billy Caldwell’s case (a boy whose seizures were controlled by cannabis oil) for example, it seemed that there was more concern about crime than there was care about people’s actual lives and their ability to function.

My consultant is an angel- he doesn’t view his patients simply as epileptics, he sees them as people who have epilepsy, and asks me about other things going on in my life and how they might be contributing to the seizures. The world, employers included, need to see people with epilepsy as just that - people.

What advice would you give to someone with epilepsy who wants to work?

Remember that you have a lot of strength- strength that comes from your experience with epilepsy. When an interviewer or an application form is asking about a time when you've shown resilience, think of the times you were stressed out but did not let your epilepsy or the chronic condition you are dealing with prevent you from doing things. Always remember that you’ve achieved things in spite of that.

I also think the current lockdown situation affords a lot of opportunity for optimism. Seeing how many major corporate workplaces have tailored things to make working from home productive means those who need care or can’t work in an office every day could have a lot of doors opened. You could be part of a law firm or consultancy firm without having to leave the house. 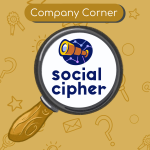 I found a job through Patchwork Hub – a senior level position with a leading financial services company. Throughout the process I felt supported by very dedicated people, both at Patchwork Hub and the company, and it was really refreshing to be able to openly talk about my health condition and not feel like I had to actively avoid the subject. Their support was simply invaluable. 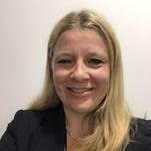 Patchworker
I applied for a job through Patchwork Hub and secured employment at a FTSE 100 company. That is so fantastic, not just for my bank account and CV but also my confidence. Without Patchwork Hub – both its accessibility and the support and understanding they offer– this would not have happened for me. A platform taking a proactive approach to raising awareness amongst employers, and approaching disability inclusion in a way where we're not othered, is transformational.

Patchworker
Patchwork Hub are leading a critical culture change in work and health for employers as we move into our 'new normal'. Bringing together global businesses, charities and experts to create accessible work opportunities for those currently excluded by traditional work practises, and challenging assumptions around a hidden pool of talent.

As a company committed to diversity and equality of opportunity, we are excited to be partnering with Patchwork Hub and are looking forward to further building our relationship with Beth and the business. This platform allows us to connect with highly-skilled individuals we might not otherwise reach. Patchwork Hub hosts a growing pool of very capable and diverse talent which offers businesses unique recruitment potential, while helping to strengthen a company’s social impact.

FTSE 100 employer
I secured employment with a FTSE 100 company through Patchwork Hub. I would like to thank Beth and the team for helping me through the recruitment process and being there to give advice and support throughout my placement. It was refreshing to be honest about my condition and know that the company was ‘disability aware’ and would be inclusive and understanding too. This meant that I was able to focus on my job, learn from my colleagues and feel part of the team. I would advise others to make the most of this unique platform, its placement schemes and the opportunities they provide. 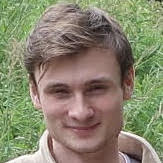 Patchworker
Patchwork Hub is an incredible organisation, making great strides towards bridging the gap between employers and ‘the UK’s hidden talent pool’. This is not limited to the one million disabled people in the UK navigating access to traditional job roles but extends across society to all those facing barriers. Patchwork Hub is where employees, who are experiencing the challenge of skills shortages, can come to unlock this talent pool, equally supporting employers and employees, and enabling society as a whole to thrive.

Annabel Tonge, Q5 Director (Employer)
Patchwork Hub's work will be invaluable to anyone for whom conventional work is not feasible. Having been suffering with health issues over the last few months myself and coming from a family of carers, mental illness sufferers, and disability, I've experienced firsthand the impact Patchwork Hub has on real lives. As well as offering employment opportunities, the unique offerings of community and the upcoming freelancing platform really set Patchwork Hub apart. The COVID-19 pandemic has shown us how valuable work-from-home opportunities are, and Patchwork Hub has been ahead of the curve in their aim to provide working opportunities for as many people as possible.

Featured Patchworker, Oxford University
Patchwork Hub is an incredible organisation, making great strides towards bridging the gap between employers and ‘the UK’s hidden talent pool’. This is not limited to the one million disabled people in the UK navigating access to traditional job roles but extends across society to all those facing barriers. Patchwork Hub is where employees, who are experiencing the challenge of skills shortages, can come to unlock this talent pool, equally supporting employers and employees, and enabling society as a whole to thrive.

Patchworker, Digital Marketing
Patchwork Hub is THE next-gen employment platform that's placing accessibility first - something that many companies in the same space should be looking up to.

Gareth Walkom, CEO
Working with Patchwork Hub was an amazing insight into a startup leading the culture change in the world of work. Beth is extremely passionate and incredibly knowledgeable, and her start-up is providing critical information for companies looking to become more accessible and inclusive. The world of work has permanently changed following the pandemic, and Patchwork Hub provides a great insight into what the future of work should look like. 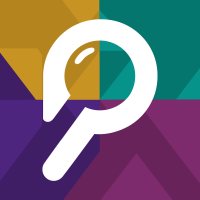 Featured Patchworker, University of Oxford
Disability inclusion is not a chore or cost, it's a massive business opportunity. We're so thrilled to be working with Patchwork Hub as a disability-owned business and leader in this space, ensuring we are doing all we can to attract and retain diverse talent.